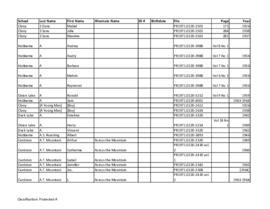 The fonds as a whole includes the administrative and the operational records of OMI Lacombe and its predecessor bodies in western and northern Canada, from both the civil corporation and the canonical entity. It consists of administrative, financial, personnel, personal, parish and mission and institutional records, as well as those relating to the First Nations, and to indigenous affairs, and to the evangelization of the First Nations peoples. The records include textual and published material, photographs and negatives, sound, film and video recordings, cartographic material, architectural drawings and plans.